Green hydrogen has been considered uncompetitive at today rates compared to fossil-based fuel. Still, a Canadian company claimed to have committed to a green hydrogen supply agreement below the diesel prices.

Canada’s Hydra Energy, a startup company, said that it signed a long-term green hydrogen contract with Chemtrade, a chemical company. The long-term agreement is a part of Hydra’s Hydrogen-as-a-Service (HaaS) business model, which includes capturing, cleaning, and compressing hydrogen. The development work on the project will start this year, and the gas generation will be starting next year.

Hydra says it sources hydrogen from chemical producers such as Chemtrade, which has already vented it as a by-product of manufacturing. Both partners are focusing on Chemtrade’s plant in British Columbia with the potential to expand across the country. Chemtrade operates in sulphur products, speciality chemicals and electrochemical products.

Hydra will supply the captured hydrogen for commercial truck fleets at a fixed price, and 5% below the price the operators would typically pay for diesel. To run a fleet powered by hydrogen, the company will install hydrogen-diesel co-combustion conversion kits into existing semi-trucks.

Hydra considers its extracted hydrogen as green, claiming that the company applies a circular economy approach using hydrogen gas already vented as a by-product of manufacturing. However, there are standards industry definitions of what to be considered as green hydrogen. 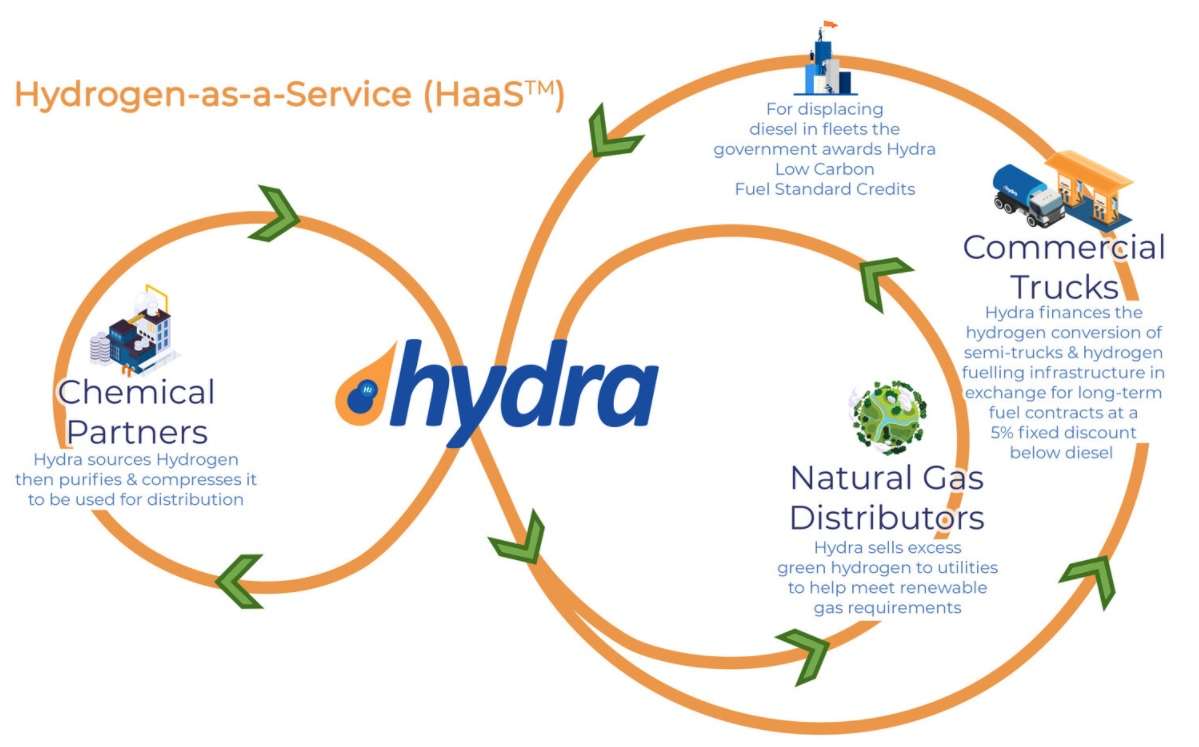 David Batstone from Hydra Energy said that the Hydra offers the most cost-effective approach for chemical manufacturers to turn an often wasted asset into something of value.

Jay is the special correspondent covering the hydrogen market for H2 Bulletin. Click on the email icon to send me an email or follow me on social media. I am reachable on Phone: 02081237815
Check Also
Close
Subscribe