In partnership with the Federation of Industries of Ceará (FIEC) and the Federal University of Ceará (UFC), the Government of Ceará, in the northeast of Brazil launched the Green Hydrogen HUB today  (19th February), with the signature of three documents.

During the event, the Government has signed a memorandum of understating with Enegix Energy, an Australian HQ company, to build a hydrogen hub at the Port of Pecém. H2 Bulletin confirmed with the local authorities that the Australian company would invest in excess of around US$ 5.4 billion, which would include building an electrolysis plant.

The signing ceremony was conducted online with the company and was attended by representatives from the Secretariat of Economic Development and Labour of the State (Sedet), the Federation of Industries of Ceará (FIEC) and the Federal University of Ceará (UFC).

During the ceremony, two more documents were also signed.

The vice-president of the Port of Rotterdam, René Van Der Plas, also participated through videoconference directly from the Netherlands, said, “Ceará is already very strong in the generation of wind and solar energy, and we have the necessary infrastructure for the production of green hydrogen and exports in large quantities.”

Governor Camilo Santana said that it was a historic moment for the economy. He highlighted the fact that it is the only renewable green energy that can be transported. “We can export this energy to the whole world,” added Camilo Santana.

Danilo Serpa, CEO of Complexo do Pecém, said, “The Green Hydrogen produced at the Pecém Complex will be supplied to the entire world, serving the most diverse companies in their respective segments.”,

Enegix, on its website, says that it has been established with a vision to deploy and manage renewably powered, utility-scale energy grids powered by hydrogen. It is developing Base One, the largest hydrogen project in the world, which will be located in Ceará. The company was founded in 2018 and is headquartered in Victoria, Australia. 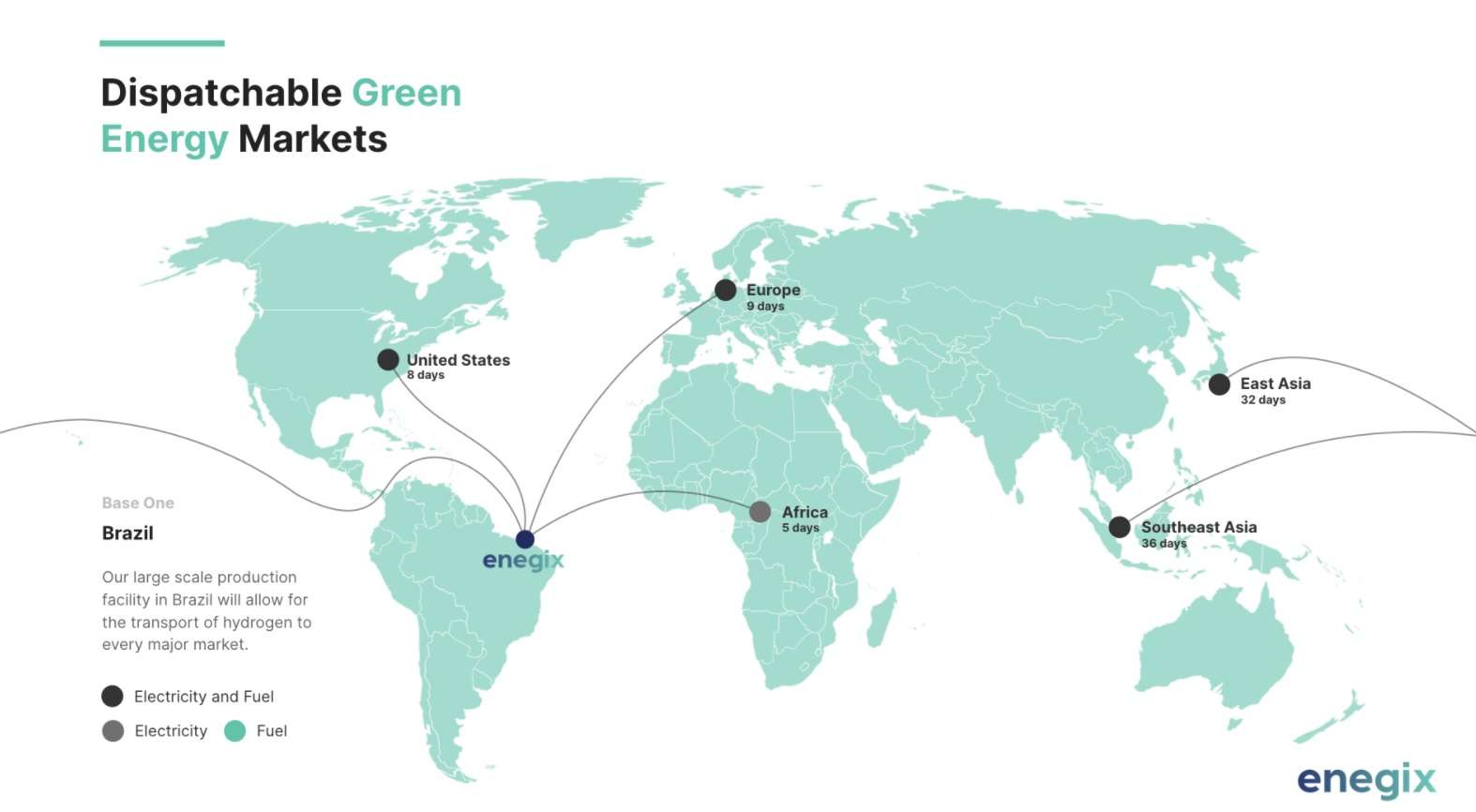 Wesley Cooke, the CEO of Enegix Energy, participated remotely, via video conference. “This is a large project that will generate thousands of jobs in its construction, and hundreds after the start of the operation, helping to improve the lives of many people from Ceará. We are very happy to be part of this project in partnership with Ceará”.

Ceará has been quite interested in developing the hydrogen industry in the state. It makes sense for the state government to pursue this opportunity at all levels. The state has the right port infrastructure at an ideal geographical position, relatively close to Europe and North America, and a strong renewable market already in operation.

Andre Nascimento is the Managing Editor at H2 Bulletin. He has over ten years of experience, mostly in the commodities market. Andre has large international experience, including presenting at important conferences in Latin America, Europe and the USA. He has an MBA from London, a Civil Engineering degree from Brazil and Portugal and speaks Portuguese and Spanish. Click on the email icon to send me an email or follow me on social media. I am reachable on Phone: 02081237815
Check Also
Close
Subscribe